DSS-GB at the INAS World Championship 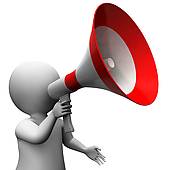 The UK Sports Association for People with Learning Disability (UKSA) and Downs Syndrome Swimming GB (DSS-GB) are pleased to announce their new collaboration resulting in two swimmers being selected to represent Great Britain at the Inas World Swimming Championships in Mexico, 27th November to 4th December 2017.

Preparing for tough competition at one of Inas’s top World events and making their international debut for Great Britain at an Inas Championships are Billy Birchmore (Bickley, Kent), and Mark Holmes (Colchester, Essex).  Birchmore and Holmes are members of Orpington Ojays and Colchester Phoenix Clubs respectively.

Tracey McCillen, Chief Executive, UKSA said “It’s been quite a while since Great Britain has entered a GB Team to INAS swimming.  I am delighted that we are back and have been able to achieve this through our new partnership with Downs Syndrome Swimming GB. With UKSA and DSS-GB working together, I hope that this is just the beginning of a fruitful relationship for both organisations, but most importantly the athletes.”

IN“Both Billy and Mark have had incredible success already through International Downs Syndrome pathway, and now there is a chance for them to make their mark on the INAS programme too.”

John Reed, Chairman, DSS-GB said “The new partnership we have created with UKSA is the start of what we hope will be a very exciting time for our swimmers. Since our incept, on our goal has been to enable our swimmers to compete at the highest possible level. This partnership will extend our swimmers experiences and lead to more DSS-GB success in the pool. Billy and Mark have just returned from a very successful Down Syndrome European Championships and we wish them all the best at this Championships “

Team Manager, Keith Holmes said “Although our team will be quite small on this occasion, the swimmers, thorough this new partnership, will hopefully be leading the way for further DSS-GB swimmers to attend future Inas events”

Great Britain is one of 20 countries competing at the 2017 Inas World Swimming Championships.

Earlier in 2017, Inas introduced two new pilot classes at this Championships, one of which is for swimmers with down syndrome, which has made it possible for this GB Team entry.

The event will take place 27th November to 4th December 2017, in Aguascalientes, Mexico.

This is the first time that UKSA and DSSGB have collaborated to secure an entry at an Inas Championship event. The Great Britain Team is selected by DSSGB and managed in collaboration with UKSA.