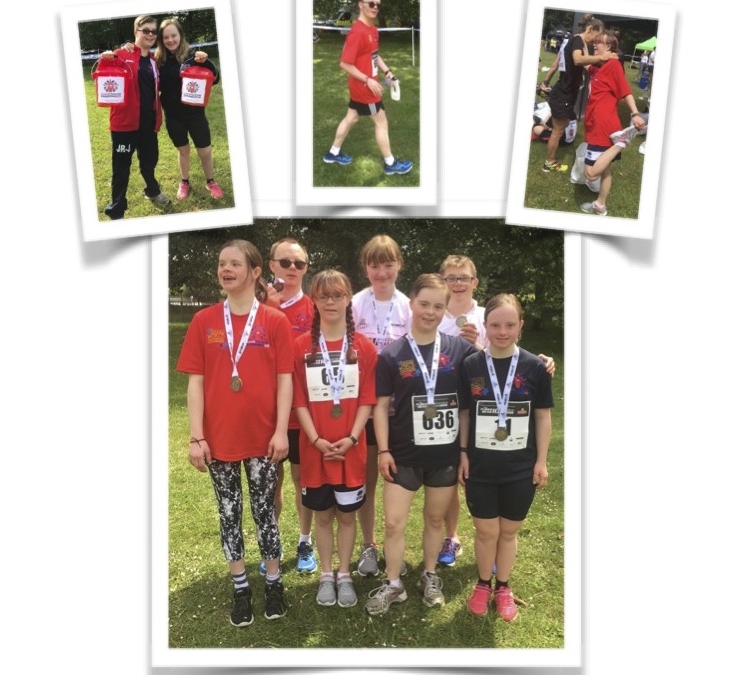 Seven of us from DSS-GB ran the Turks Head 10km fun run as a group in June 2019 to raise money for Down Syndrome Swimming GB. It was a lovely sunny day as we ran down the High Street in Twickenham and then along the towpath by the River Thames. It was pretty. We ran over two bridges. I took it easy because it was a long way. There were two water stations on the way where we stopped to have water. There were a lot of men and ladies and young people running. At half way, I felt puffed out and at the end, I was exhausted but I was given a goody bag and water and a t-shirt and then a sports massage. It made me feel relaxed.

Will ran the 10km in just over an hour to the end. The rest of us came in after him. Then we walked to the Turks Head pub and I had a burger. I enjoyed seeing my friends and felt proud. I didn’t know I could run that far.

Here are some messages from my friends and their running parents:

“Just a great day where everyone welcomed us and a club that you would feel immensely proud to be part of…..I know another one like that.”

“Sense of community. Feeling welcomed. Opportunity to embed existing friendships and relationships. Seeing Zac leg it to the end after approx. 9km of saying how tired he was! Everyone celebrating each other’s success. Sense of camaraderie. The chat along the towpath. Views along the river…..you can tell how much I loved it!!!”

“Highlight for me was everyone cheering us in at the finish….very emotional and the swimmers really proud with medals at the end”

“We had a brilliant day. Finishing with a sprint was her highlight. For me it was lovely to see the camaraderie and everyone being together and willing each other on. Running in a different area was fun as when you don’t know where the finish line is it doesn’t feel as far to run!”